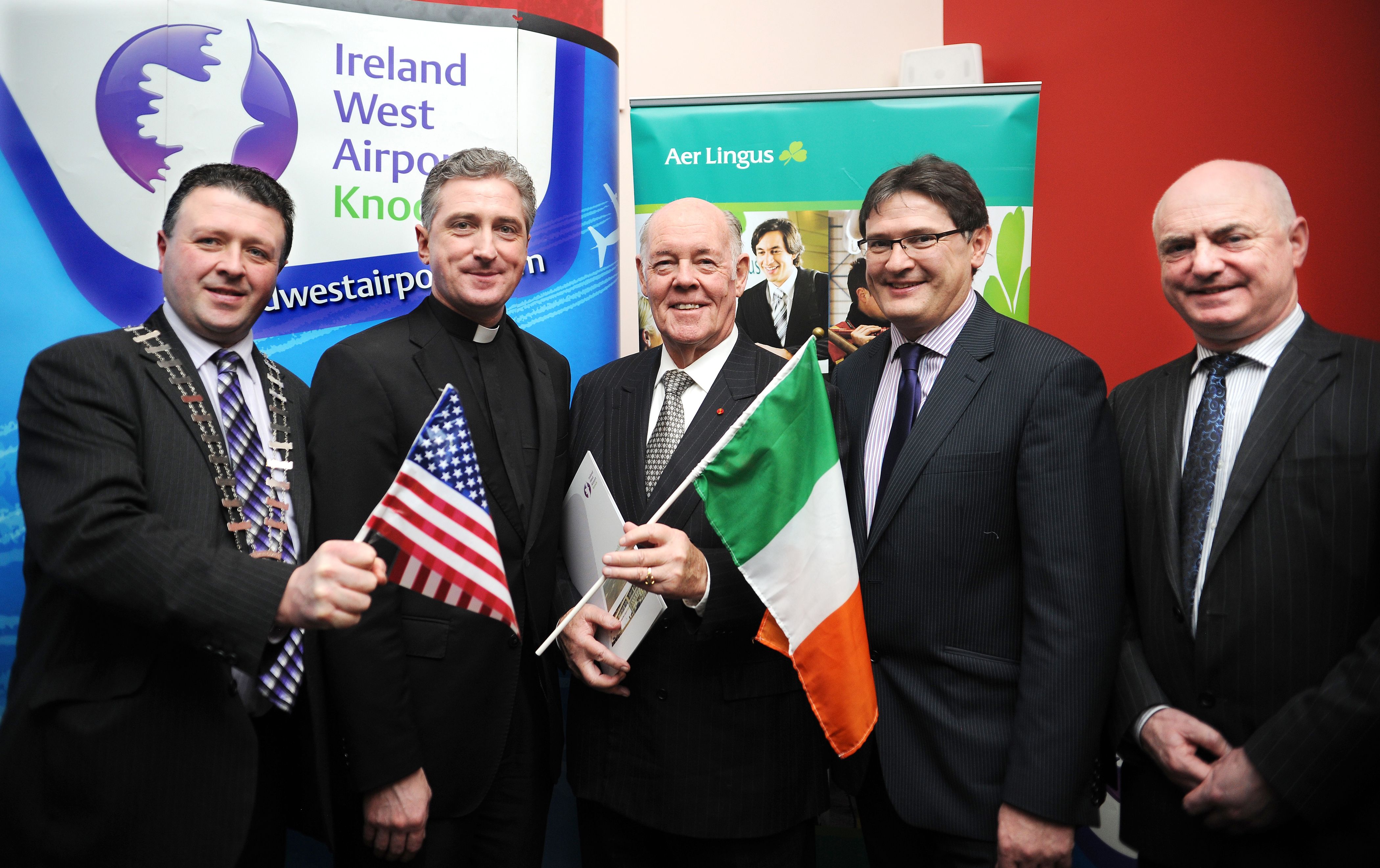 (Friday 16th January 2015) Knock Shrine and Ireland West Airport are delighted to announce the first Diocesan pilgrimage from the Archdiocese of New York to Ireland’s National Marian Shrine will take place in August 2015.

This announcement represents a historic development for the airport and the region as it will be the first ever transatlantic service operated by Aer Lingus, from the US to Ireland West Airport Knock and the first official chartered pilgrimage to Ireland’s National Marian Shrine.

The special pilgrimage flight, which is supported by the Archdiocese of New York and led by the Archbishop of New York, Timothy Michael Cardinal Dolan, will depart New York on Saturday August 8th 2015 and return to New York from Ireland West Airport Knock on 16th August 2015. During the 8 day visit to the region, a specially tailored Pilgrimage programme will be put together showcasing some of Ireland’s most historic spiritual sites, including a historic visit to Knock Shrine to open and participate in Ireland’s National Public Novena in honour of Our Lady of Knock.

Archbishop of New York, Timothy Michael Cardinal Dolan, welcomed today’s announcement ‘It will be an honour for me to travel to the West of Ireland and open Ireland’s National Public Novena on the 14th of August with Mass in the Basilica of Our Lady, Queen of Ireland, in Knock. Ireland’s Annual 9-day National Novena honouring Our Lady attracts thousands of pilgrims to this beautiful land and the pilgrimage town of Knock every August; the month of the Immaculate Heart of Mary’.

Fr. Richard Gibbons, P.P., and Rector of Knock Shrine commented, ‘This is a very important and historic step for the promotion of Knock, Ireland’s National Marian Shrine, at home and abroad. It is hugely significant that the Archdiocese of New York, led by Cardinal Timothy Dolan, is deepening its relationship with Knock Shrine and highlighting the spiritual heritage of Irish Americans especially in New York. Knock Shrine holds a special place in the hearts of our Diaspora, and in the Catholic tradition, pilgrimage plays a significant role in renewing people’s faith and we are delighted to facilitate that. It is also important to note that Ireland West Airport Knock was built specifically to welcome pilgrims to Knock Shrine as well as to develop the economic life of the West. Monsignor James Horan, I’m sure, would be very proud. ’

Declan Kearney, Director of Communications, Aer Lingus, welcoming todays announcement, added ‘Aer Lingus is delighted to have been chosen to provide the flights for this important pilgrimage group travelling from the Archdiocese of New York to Irelands National Marian Shrine in August. We look forward to working with the airport on this flight and welcoming the group on board.’ 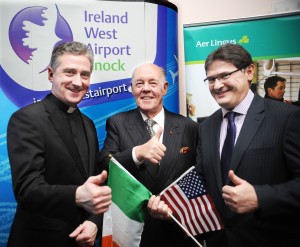