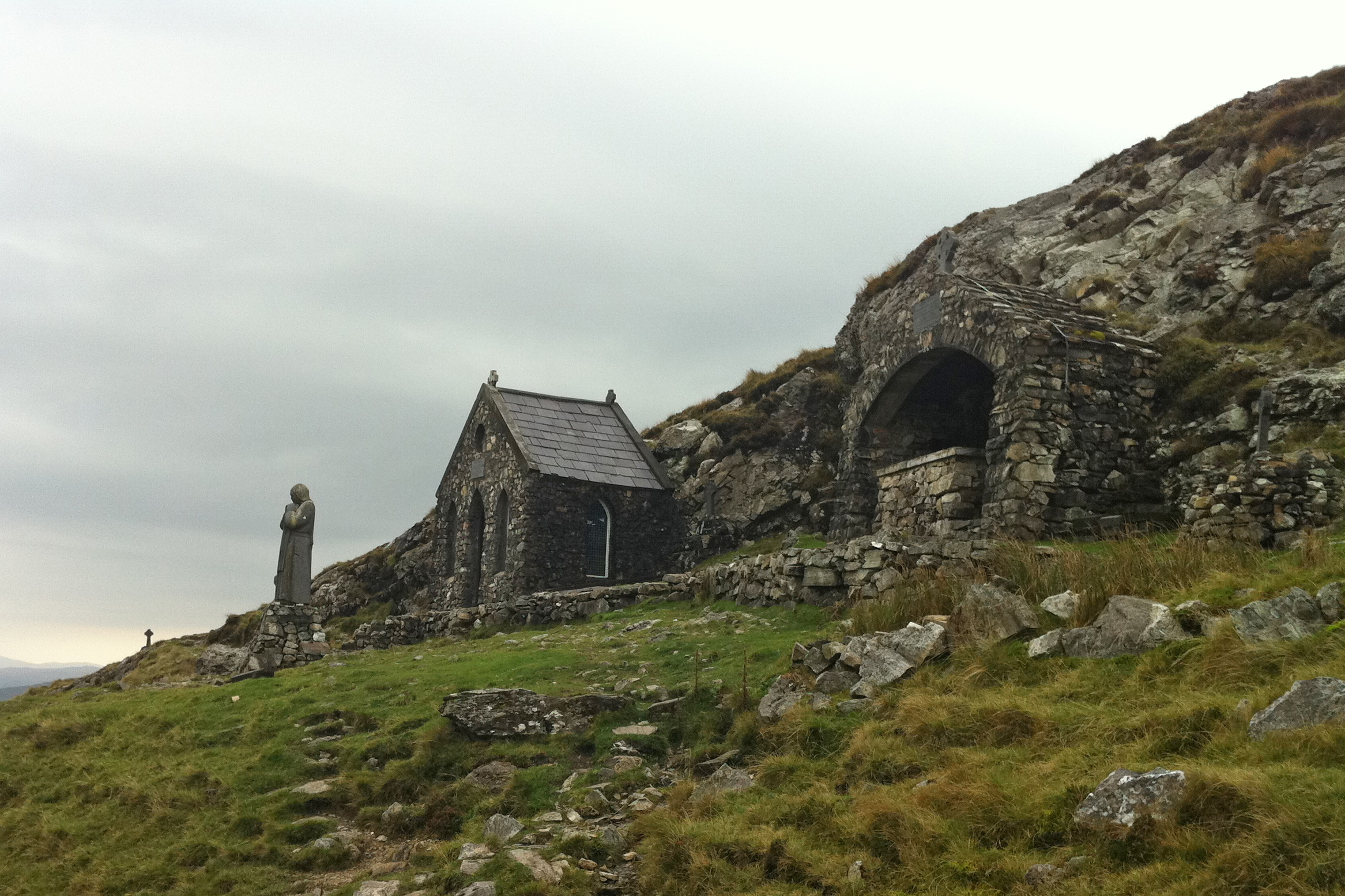 High in the slopes of the Maum Turk Mountains in Connemara there is a natural passage way known a Máméan (pass of the birds). At the summit of this rugged track you will find an ancient pilgrim site dedicated to St. Patrick. The Maum Turk mountain range runs for 20 miles from Maam Cross in the south to Leenane in the North. The highest peak reaches 703 metres with spectacular views of the Twelve Bens, Inagh Valley, Joyce Country and the mountains of south mayo. The Mámean pathway forms part one of the Western Way climbs. Legend tells of how St. Patrick on his travels through Joyce Country climbed Mámean and gave Connemara his blessing.

Thirty miles away from Croagh Patrick the lesser known Mámean pilgrim site dates back to the 5th century. Pre-dating this time it is also associated with the Lughnasa festivals. Like many pagan sites it was Christianised and a great pattern day took place on the last Sunday in July or the first Sunday in August. The site is marked by a holy well, St. Patrick’s Bed; a cleft in the rock and a circles of stones representing the Stations of the Cross. Completing the shrine is a Mass Rock – used during the eighteenth century penal times when Roman Catholicism was outlawed.

The pilgrimage takes place three times a year on St. Patrick’s Day, Good Friday and the first Sunday in August. People from both sides of the mountain greet friends and acquaintances at the site. One might plan to arrive early to take a rest, enjoy the scenery and have a chat. Some visit the well where a variety of objects are left behind as offerings including hair pins, lighters, keys and coins. Hill walkers pass through taking the Western Way track and the local Red Cross standby. Once the Stations of the Cross begin the crowd descends to total silence. A volunteer leads the stations carrying a white cross from one stone marker to the next. The mass takes place by the mass rock and the chapel.