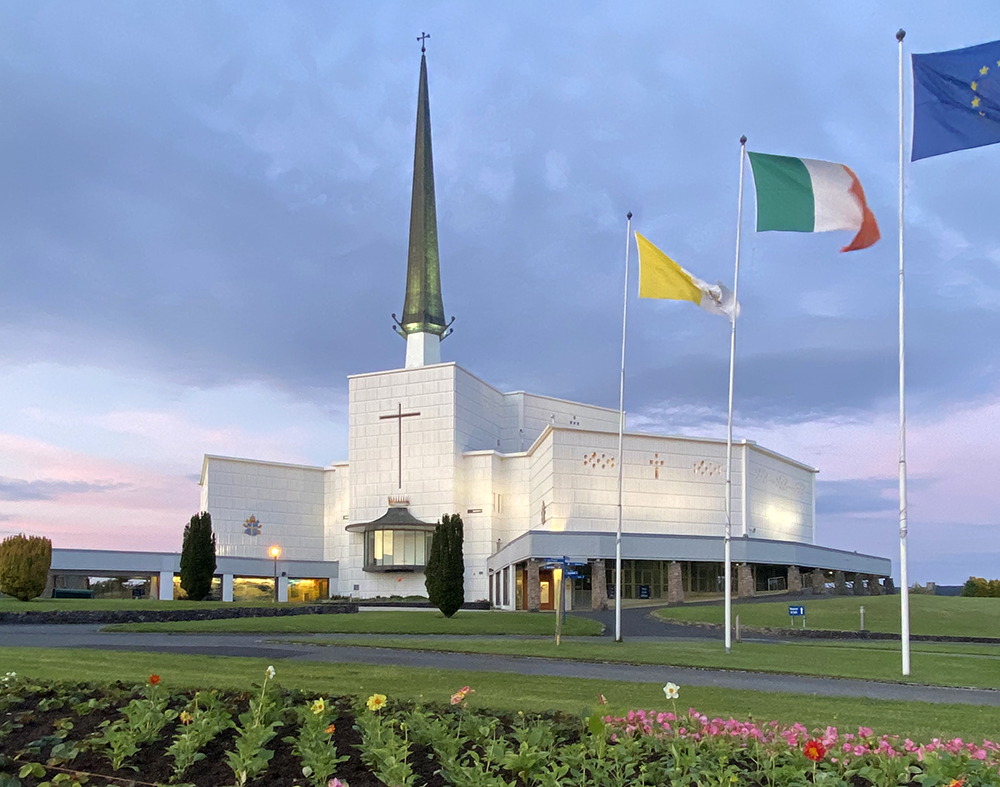 Knock Shrine (Irish: Cnoc Mhuire, “Hill of Mary” or “Mary’s Hill”) is a pilgrimage site and International Eucharistic and Marian Shrine in the village of Knock, County Mayo, where there was an apparition of the Blessed Virgin Mary, Saint Joseph, St. John the Evangelist, angels, and Jesus Christ, the Lamb of God, in 1879.

On the evening of Thursday, 21st August 1879, was a very wet night. At about 8 o’clock the rain beat down in driving sheets when Mary Beirne, a girl of the village, accompanying the priest’s housekeeper, Mary McLoughlin, home, stopped suddenly as she came in sight of the gable of the little church. There she saw standing a little out from the gable, were three life-size figures. She ran home to tell her parents and soon others from the village had gathered. The witnesses stated they saw an apparition of Our Lady, Saint Joseph, and Saint John the Evangelist at the south gable end of the local small parish church, the Church of Saint John the Baptist. Behind them and a little to the left of Saint John was a plain altar. On the altar was a cross and a lamb (a traditional image of Jesus), with adoring angels. A farmer, about half a mile away from the scene, later described what he saw as a large globe of golden light above and around, the gable, circular in appearance. For nearly two hours a group that fluctuated between two and perhaps as many as twenty-five stood or knelt gazing at the figures as rain lashed them in the gathering darkness.