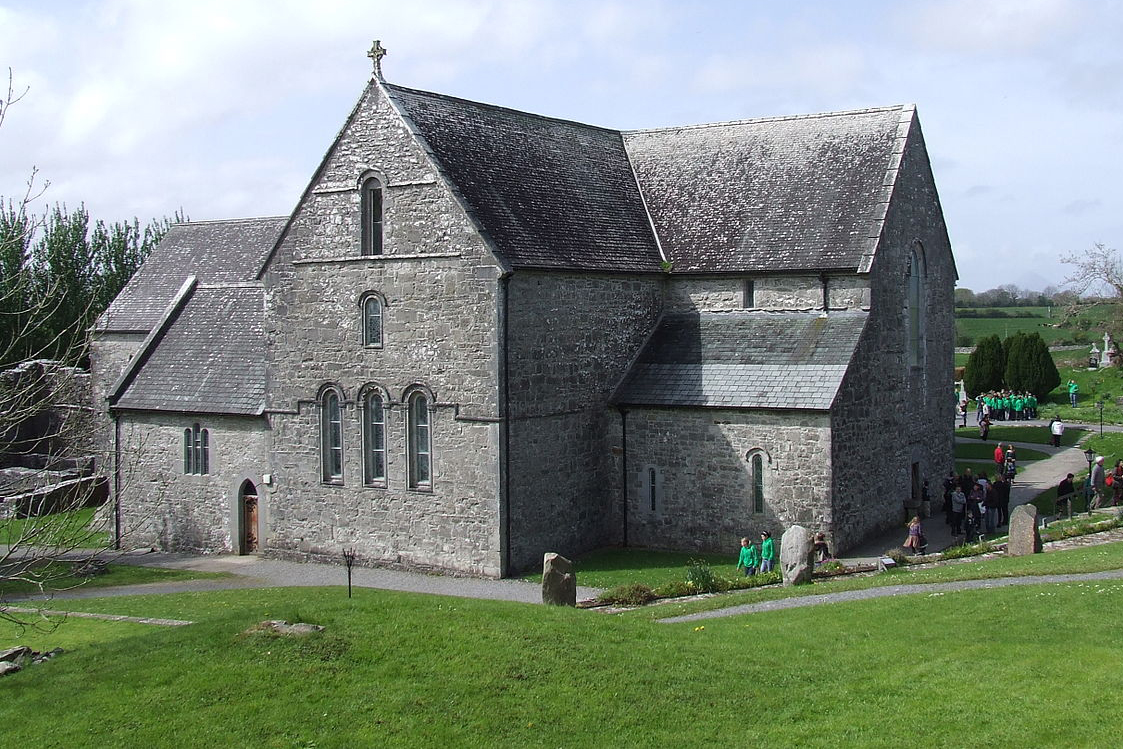 Ballintubber Abbey is two kilometres northeast of the village of Ballintubber, County Mayo in Ireland that was founded by King Cathal Crobdearg Ua Conchobair in 1216. Despite being damaged,the roofless abbey continued to be used throughout penal times by Catholics. In 1966, the nave was restored and re-roofed in time for the 750th anniversary of the abbey’s foundation and, in 1997, the Chapter House and Dorter area were restored and re-roofed. In 2016, during the 800th anniversary celebrations, planning permission to restore the entire east wing was granted.

The abbey has several modern outdoor attractions, including a very modern abstract Way of the Cross, an underground permanent Crib, and a Rosary Way. There is a small museum. The abbey marks the beginning of Tochar Phádraig, the ancient pilgrimage route to Croagh Patrick, recently reopened as a cross-country pilgrimage and tourist trail.