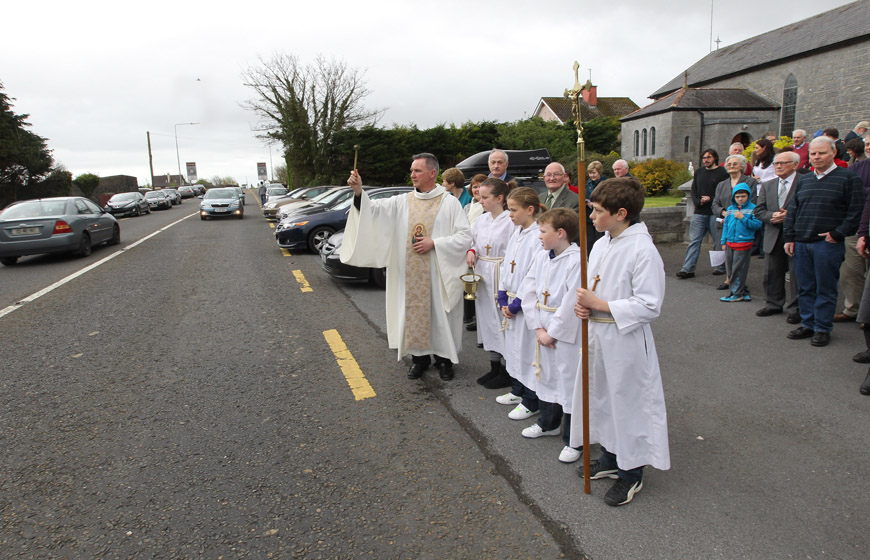 Clerics in Co. Mayo will this weekend bless the county’s roads in a

The campaign comes after Gardai have expressed serious concern over a

number of fatalities in the region last year, overall deaths in the

zones had been identified as a major factor in fatalities in the west.

parishes and Services throughout the County on Easter Sunday as

religious leaders back the campaign to make the roads safer.

The ceremony, which will place at most Catholic churches and a plea

churches on Sunday next, this campaign is been promoted by the Road

with loss of life, or serious injury, does not come to them.

Ceremony in Co. Mayo and we have get a very enthusiastic response.

won’t happen to them.

time they use the

assume and accept responsibility to alert their sons and daughters of

their obligation to drive within all legal boundaries.

In circumstances where Parents have supported their child with a means

of transport or insurance there should be conditions attached to the

use of such vehicle including the legal obligations on young permit

“fully behind the campaign. We all need to play our part to reduce the

“The trauma of road crashes to families and communities is

devastating. A major focus of the campaign is to promote the issue of

driver fatigue, drink-driving and speeding, as well as praying for the

safety of not only all road users, but our Gardai and emergency

services.”         The proposed prayer is a variation on this old

Grant me a steady hand

And a watchful eye

That no person may be hurt

When I pass by,

I pray no act of mine

May take away or mar

That act of Thine. Amen.