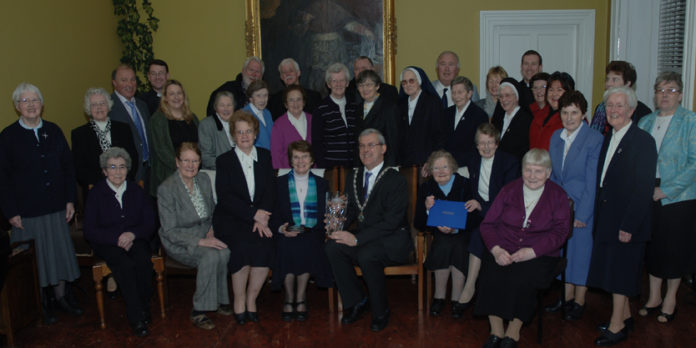 The Mercy Sisters in Tuam town were honoured by the Tuam Town Council on the night of Monday, February 18th with a Civic Reception in advance of their departure from the town next month.

In the photo below Mayor of Tuam, Councillor Eamonn Kitt makes a presentation to Sr. Mary Walsh of the Mercy Leadership team.

In the background of the photo is a portrait of Archbishop John MacHale who originally invited the sisters to Tuam in the middle of the 19th century. 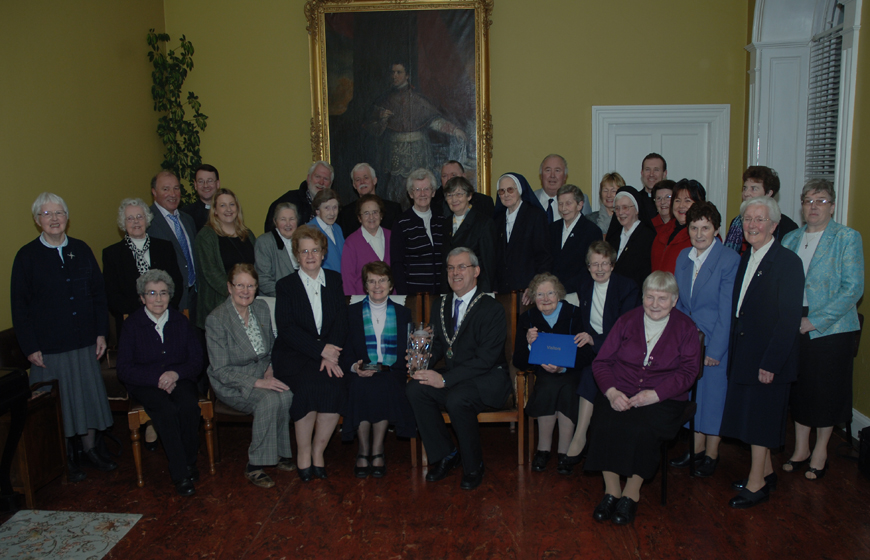