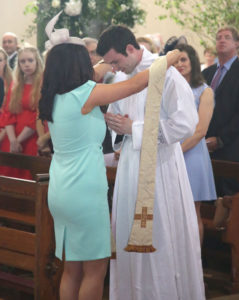 Gerard is vested with the priest’s stole by his sister Christina. 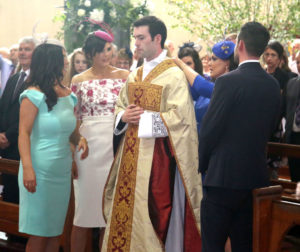 Gerard is vested with the stole and chasuble, the vestments of a priest,
by his sisters Christina, Carmel, Caroline and his brother Joseph. 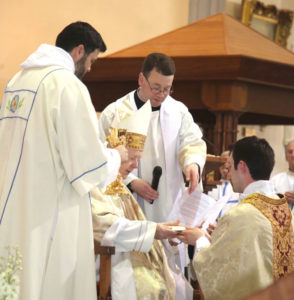 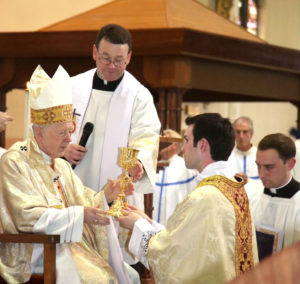 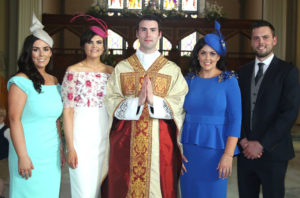 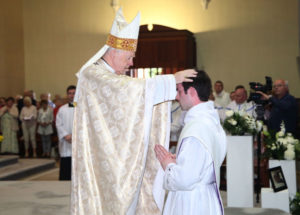 Moment of Ordination: Archbishop Neary, ordains Gerard priest through the age old tradition of the laying on of hands. 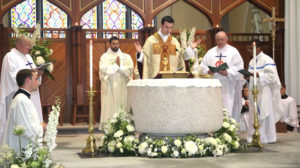