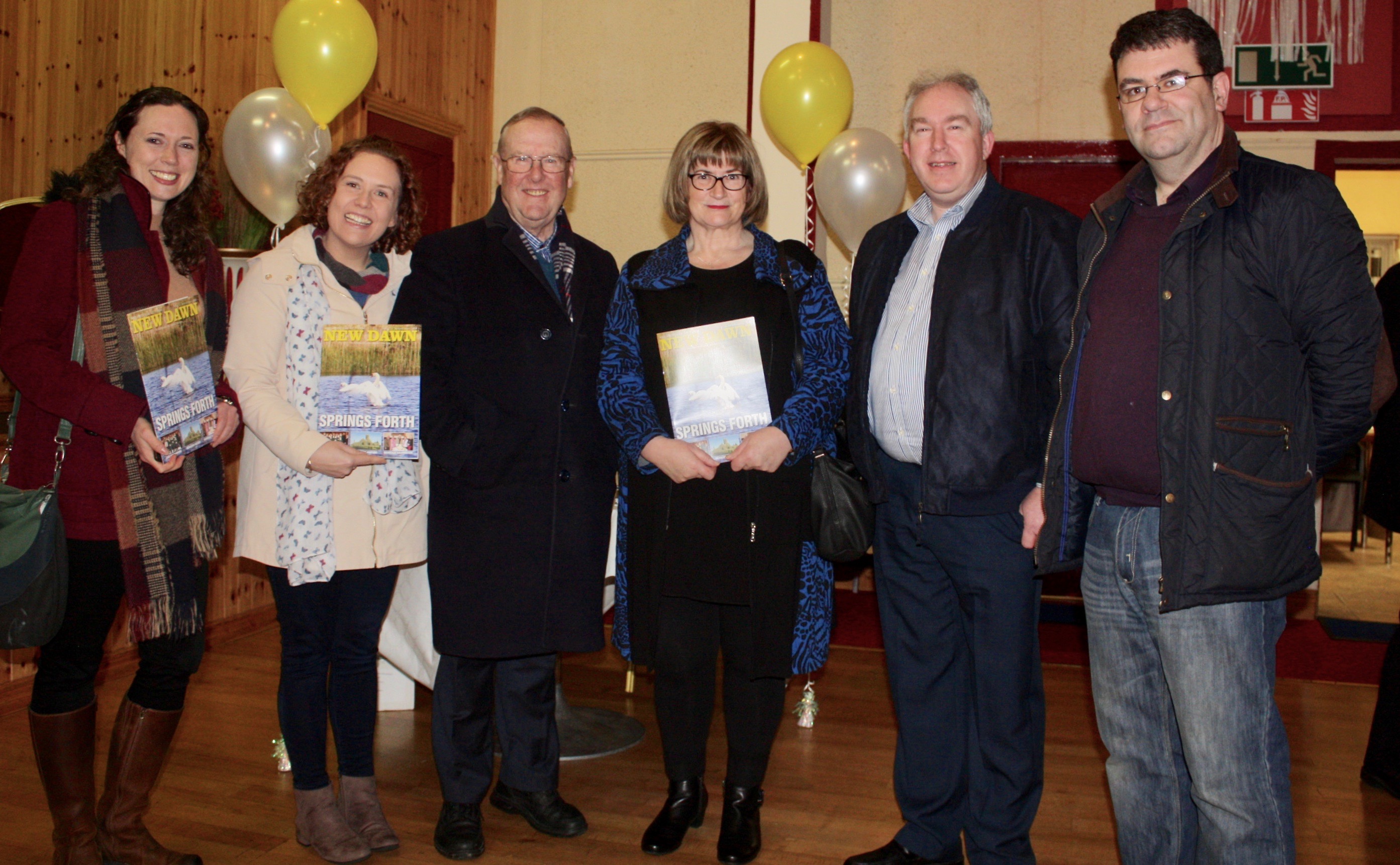 Launch of the Spring 2017 Edition of New Dawn

Headford-Claran was the featured Parish in this edition.  The spring edition marked the first for Fr Pádraig O Connor who is new editor of the Diocesan Magazine following the move to County Clare of Bishop Fintan Monahan, the magazine’s first editor.

Maura Moran, chairperson of the Headford-Claran Parish Pastoral Council, welcomed all those who were present in Saint Fursa’s Hall.

Among those welcomed by Maura were Archbishop Michael Neary and the Chairperson of the Tuam Diocesan Pastoral Council Mary Trench from Robeen.

The ‘fear an tí’ on the night was Christy Loftus of Burrishoole Parish.  Christy is a member of the Editorial Board of New Dawn since its foundation in 2012 and shared with the audience some of the background of the magazine.

Large numbers of parishioners were in attendance to hear Claran-native Thomas Walsh launch the magazine.  Thomas entertained his audience with a well-crafted recollection of his memories growing up in the town land of Carrowbeg, in the late fifties and early sixties.

In recent years he has made contributions to Radio One’s Sunday Miscellany programme and edited a number of poetry collections including Best Loved Poems of the West of Ireland (Currach Press, 2013).

A ten-piece musical ensemble from Presentation College Headford, under the direction of teacher Ms. Ita Cunningham, was on hand to provide the musical interludes between the various speakers.

With the formalities of the evening were over, Dick Joyce provided lively musical entertainment on the accordion.  All present enjoyed the tasty refreshments served-up by a group of hardworking local volunteers.

New Dawn is on sale in Parishes throughout the Archdiocese.