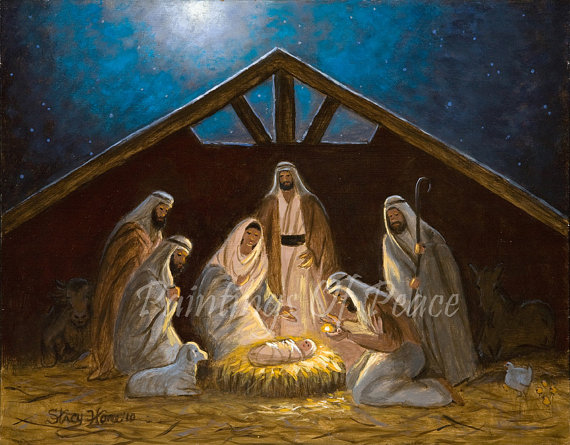 In order to get to know someone we appreciate having some knowledge of when and where they were born, their parents, the things that influenced them during their formative years, where they lived and worked and how they reacted and responded to others, the way they lived, what influence they had on people, whether they were generous or selfish, welcoming or dismissive.

At Christmas we are drawn to God’s Son, vulnerable like every human being. His birth is almost un-noticed, no trumpet or drum roll to announce it. Yet, some people who are looking beyond themselves to God picked up the signals in that remote corner of the Roman empire, Bethleham. People rejoiced in the birth of a new leader who would bring hope, peace and joy.

Already at his birth we catch a glimpse of the standards which Jesus will uphold throughout His life and which he expects us to maintain. Shepherds in the fields who hear the news of the birth of Jesus were not only poor but of poor reputation, both religiously and socially dismissed in the world of the day.

It is relatively easy to look on Christmas as a romantic time, the birth of a baby, Christmas lights, music and carols. However, Christmas is especially for those of us whose lives are scarred and hurt in various ways. The birth of Jesus is about the God who addresses the world as it experiences exhaustion. Throughout history God has spoken His word to people in many different ways. Now He is addressing individuals and families who find the going tough with old hurts and quarrels, failures and frustration. The message of Christmas is for all who are looking to God for something better. At Christmas God speaks clearly and acts decisively. It is a time for allowing the past to be past and focusing on what is new, healing and liberating. The newness that God brought at Christmas was to send into the world His Son who would bring healing and grace, would transform and call people beyond themselves to a newness of which they never had even dreamt.

The birth of Jesus would mean little to us, if He himself and all He stands for was not in some way important for us. On that first Christmas night, Jesus was laid in a manger and wrapped in swaddling clothes. Each Christmas the same Jesus is laid in your hands or on your tongue in the Eucharist. In receiving Jesus Christ, we are called to live by his standards and bring about the kind of world for which He lived and died. While many of us may have spent time and energy searching for suitable gifts, deep down however we realise, and sometimes take for granted, God’s gift to us in Jesus Christ. With the birth of Jesus we say that humanity has a future. Christmas is a time for renewal, for hope and determination to work for a better world. We can do this because Christmas reminds us that we are loved, that we are free and are able to go forward and this message of hope lies behind all the good messages we exchange and is the truth of all the gifts we give to each other.