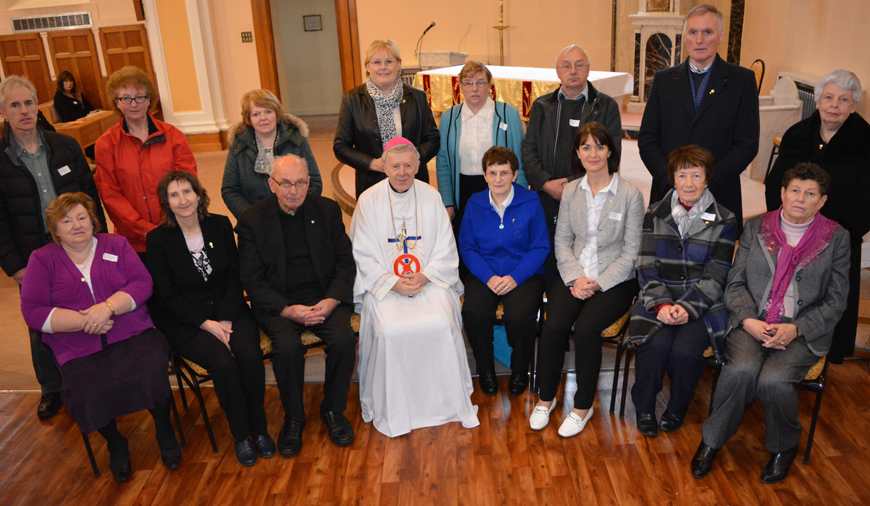 Diocesan Committee developed and re-launched for the Diocese of Tuam
A group of lay people, sent as delegates by parishes throughout the diocese of
Tuam, has been in formation and training during the past three months, as part of the development and expansion of the Diocesan Eucharistic Adoration Committee.
This was organised and conducted by John Howard and Brendan Cleary of the
national committee of the Apostolate of Eucharistic Adoration, at the invitation of Archbishop Michael Neary and with the support of the priests of the diocese.
The Diocesan Committee was commissioned at a special Mass offered by the Archbishop on Sat 28th November 2015 in the Parish Centre, Tuam.
Concelebrants were Canon James Kelly and Fr Fintan Monahan, Diocesan Secretary.

This adoration committee is equipped and trained to set up a system of viable weekly adoration in any parish of the diocese, at the invitation of priests. Where a previous system of adoration exists, then the task undertaken will be to strengthen and expand it.

Very promptly, several parishes have requested a weekend presentation from the committee. It is expected that there will be a great uptake from parishes of the diocese in 2016, and twelve contact teams are now available to respond to parishes as they make contact.
The Chairperson of the new Committee is Sr. Anne Maria O’Shaughnessy, Convent of Mercy, Dunmore, who may be contacted at 086 8683619
Email: shaughanne@gmail.com 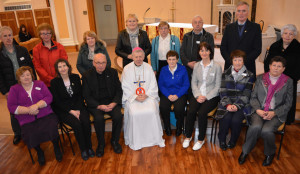