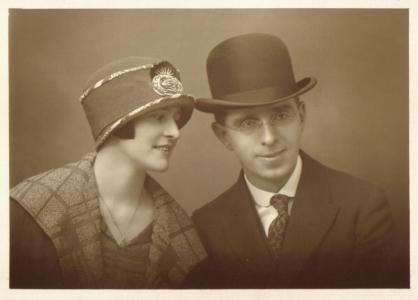 HOMILY TO CELEBRATE 80 YEARS OF THE KNOCK SHRINE STEWARDS AND HANDMAIDS.

On this day at about this time, 136 years ago the veil between Heaven and earth was removed when Our Lady appeared. On that occasion she was accompanied by St. Joseph and St. John the Evangelist. To their left appeared the Lamb of God on the altar against the background of the cross. While the apparition has a very definite Marian message it also has an undeniable Eucharistic dimension. The Eucharist is central to the message of the apparition.

Because we celebrate the Eucharist regularly perhaps we do not approach it with a sense of wonder which true worship requires. Here at Knock unlike other Marian Shrines, as you know, there was no verbal message but rather silence which speaks louder than words and is very conducive to the true spirit of adoration and praise. Central to the celebration of the Eucharist must also be service. It is interesting that for the evangelist St. John, the Eucharist is absolutely central. In his account of the Last Supper St. John differs from the other gospel writers, Matthew, Mark and Luke by emphasising the way in which the Eucharist must lead to service. He does this by illustrating that Jesus moves from the table of the Eucharist where he gives us his body and blood to the towel of service to wash the feet of the disciples. Jesus moves back again to the table of the Eucharist. This twofold movement of Jesus underlines for us the fact that Eucharist and service ought not to be separated. One leads to and finds its full expression in the other.

Here at Our Lady’s Shrine pilgrims come day after day, year after year to worship and adore the Lord and to ask the help of his Mother. They endeavour to cope with everything that life throws at them, whether it is ageing, illness, so many family difficulties, upset, trouble or worry about the future and the kind of society which our young face. Pilgrims come in search of healing and hope.

On the 21st August 1935 Knock Shrine Society was established by the late Dame Judy Coyne and her husband Liam with the approval of the Archbishop of Tuam at the time, Thomas Gilmartin. The main reason for its establishment at the time was to promote the Shrine of Knock at home and abroad so that it could take its rightful place with other important Marian Shrines across the world. The Knock Shrine Society wanted to ensure that pilgrimages would be dignified and that facilities would be provided for the protection and care of the invalids who were coming in large numbers. The Society was a voluntary one consisting of both men and women. Male members were referred to as Stewards and female members as Handmaids. Membership was open to all people.
Membership of the Society continued to grow and when St. John Paul II visited Knock in 1979 there were 1,200 members. The great inspiration and driving force was Dame Judy Coyne who was also hugely significant in the great developments at Knock for over 70 years until her death in 2002. John Paul II paid tribute to the handmaids and stewards in Knock Basilica, indicating that he knew from first hand experience the value of the service which they rendered to ensure that pilgrims would feel welcome and at home at the Shrine.

The stewards’ role is to welcome pilgrims to the Shrine by guiding and assisting them during ceremonies and processions. The handmaids take special care of the sick and invalids and respond to their needs. The presence of the handmaids and stewards is very much in keeping with the message of the apparition. It is a silent but very sensitive, effective and eloquent presence and service as they stand shoulder to shoulder with and minister to the invalids and pilgrims.

There is a rich biblical background to the terms “handmaids” and “stewards”. The term “handmaid” is one with which we are familiar from the Angelus which we pray each day and which brings the story of the Annunciation to our minds – “Behold the handmaid of the Lord, be it done unto me according to thy word”. In keeping with Mary’s availability for God’s plan and her obedient response to it, the handmaids and stewards are available to serve. They do this in a welcoming and re-assuring but a non-intrusive manner, enabling pilgrims to fulfil the purpose of their pilgrimage to Our Lady’s Shrine.

The term “Steward” reminds us of another scene in the Gospel, namely the miracle at the Wedding Feast of Cana. When the wine ran short Mary drew the attention of her Son to that fact. You will remember how Mary said to the stewards “do whatever he tells you”. St. John reminds us that there were 6 stone water jars for the Jewish rites of purification, each holding 20 or 30 gallons. Jesus said to the stewards “fill the jars with water” and they filled them to the brim. He said to them “now draw some out and take it to the Chief Steward. You are familiar with the rest of the story. In the miraculous abundance of good wine we see a sign of God’s generous presence among his people.

As we read the account of the miracle at Cana the stewards recede into the background and yet their availability and willingness to co-operate with Jesus makes it possible for the miracle to take place. Here at Knock the Stewards and Handmaids continue to testify to Mary’s concern by taking her advice “do whatever my Son tells you”.

The stewards and handmaids owe a huge debt of gratitude to Tom Neary, the chief Steward. His constant presence, clarity of vision and gentle leadership ensure that Knock Shrine Society remains faithful to its ideals in serving all pilgrims in a warm, welcoming and joyful manner.

As we give thanks for 80 years of dedicated service on behalf of the Knock Shrine Society in their Stewards and Handmaids we make Mary’s Magnificat our own as we praise God for what He has accomplished in and through Knock Shrine Society.
As pilgrims to Knock we have been edified by the self-effacing, generous and welcoming manner in which the Stewards and Handmaids go about their work. As the son of a Knock Shrine Steward and Handmaid I am very conscious of the dedication which they bring to their work. On behalf of all pilgrims and on my own behalf I congratulate all stewards and handmaids for the sterling service for which they provide at Mary’s Shrine.