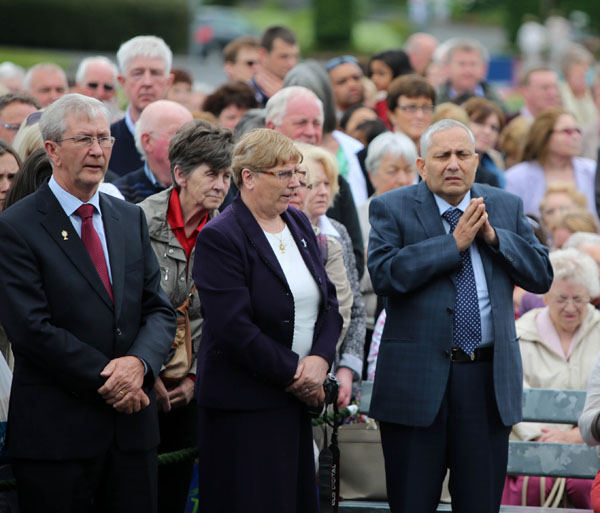 It is with great sadness that the Archdiocese marks the passing of Mr. Mik Kumar, RIP who died at his home in Abbeyknockmoy last night.  He was only 60 years old and had been ill for quite some time, an illness he bore with great dignity and courage.   Mike was a native of India and came to Ireland to work in the supermarket trade.  He was a Hindu originally but 12 years ago took instruction and was baptised a Catholic.  Mike did outstanding work for several different charitable  and Church based organisations and helped out with hundreds of needy causes.  He was remembered with great gratitude in Galway city for helping out with bereaved families at times of funeral sending provisions from his store, free of charge to help with catering.  He did pioneering work at diocesan and national level in organising Perpetual Eucharistic Adoration in parishes.  Archbishop Neary in paying tribute to Mike said he was a man of outstanding integrity, generous to a fault and gave great witness to Gospel values and prayer ministry.  May he rest in peace.  He is pictured below praying this year in Knock along side Sr. Teresina Daly and also with the organising committee for Perpetual Adoration.

Funeral Arrangements : Reposing at his residence tomorrow in Abbey, Sunday from 2.00 pm to 8.00 pm.  Removal at 8.00 pm to St. Bernard’s Church, Anneyknockmoy.  Funeral Mass on Monday at noon. 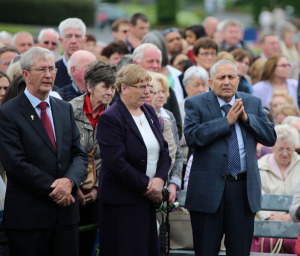 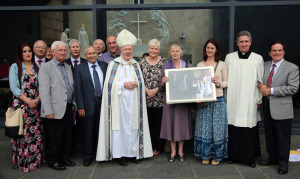 Message of the Eucharistic Adoration Committee

The great Apostle of Eucharistic Adoration Mike Kumar has died very peacefully as the Chaplet of Divine Mercy was complete at his bedside.
Mike from India and a great convert to Catholicism was an extraordinary man. He was passionate about the promotion of Eucharistic Adoration
in the dioceses of Tuam, Galway, Elphin Achonry and other places. Mike loved daily Mass and had a great devotion to Mary.
He has been the Chairman of Tuam and Elphin Diocesan Adoration Committees for many years. His work in the promotion of Adoration took him all over the west of Ireland
Two weeks ago in his sick bed in hospital he wanted to hear how adoration was progressing and how the previous weekend presentations had gone in Galway and a few other places.
He was an outstanding benefactor for our Apostolate of Adoration and most of our printed materials are due to his generosity. We will miss him dearly but
I am certain that he will do even greater work for our Apostolate in Heavin.Eternal rest grant onto him O Lord and let Perpetual Light shine upon him. May he rest in peace .Amen
I know that you will remember him in your prayers especially at Eucharistic Adoration and at Mass. Remember too in prayer those who have looked after him so well.
Reposing in his home in Moyne Tuam Co Galway from 3 pm on Sunday.
Removal to his local Church Abbeyknockmoy on Sunday at 8 pm
Mass on Monday at 12 mid day and burial immediately afterwards.
Please pass on word to others.
National Committee