Pope Benedict XVI has designated 2012-2013 as a Year of Faith.  Donal Harrington has been invited to address members of Parish Pastoral Councils on this theme and to explore ways in which parishes and local communities might mark this year.

Donal has worked with Pastoral Councils all over the country and he spoke at a number of venues in the diocese of Tuam back in 2008.  He has published books including The Welcoming Parish Columba Press 2005 and The Eucharist: Enhancing the Prayer, Columba Press 2007.

The Diocesan Pastoral Council launched a brochure on these nights giving details of a number of diocesan events that will be taking place during the Year of Faith. The brochure includea information on some suggestions that Parishes might like to consider during this year.

Click on the link below for a pdf of the brochure

Brochure for the Year of faith 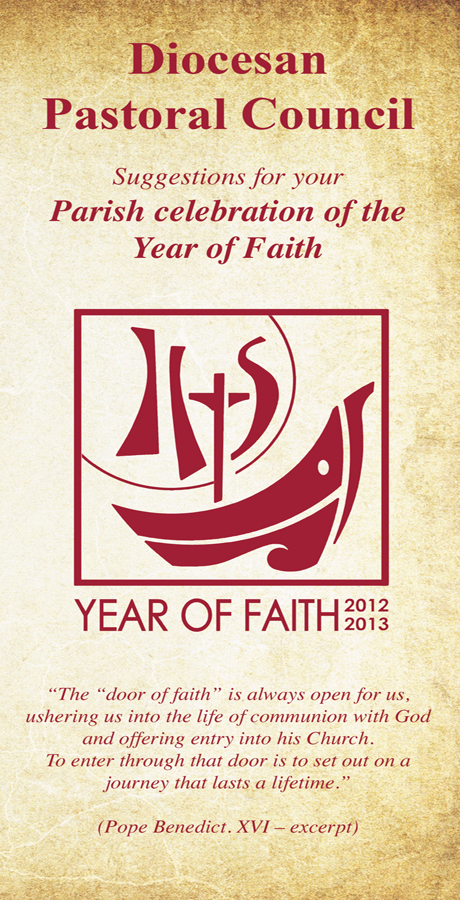