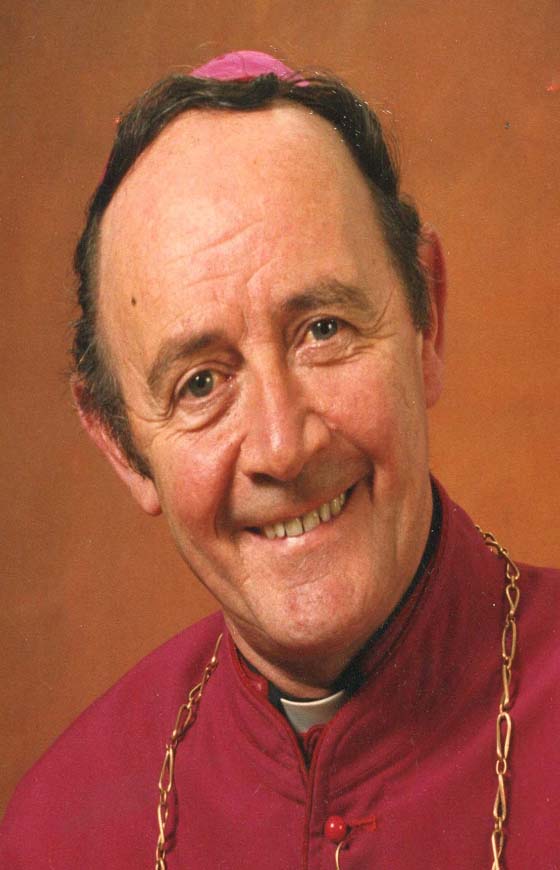 It is with great sadness that Archbishop Michael Neary announces the death of Most Rev. Dr. Joseph Cassidy, retired Archbishop of Tuam who died last night.

On loan to Clonfert in 1959 and was later incardinated into Clonfert diocese in the early 1960s.

Appointed Coadjutor Bishop of Clonfert on 24th of August 1979.

Ordained Coadjutor Bishop of Clonfert on 23rd of September 1979.

Installed Bishop of Clonfert on 1st of May 1982.

Translated to Tuam as Archbishop in September 1987.

Retired as Parish Priest of Moore 2009.

Archbishop Cassidy was an outstanding teacher of English, a great preacher and imparted a great love for drama and English literature in the many students he influenced.  He was the author of a number of books on preaching and was spokesperson for the Irish Episcopal Conference for many year.  He will be very sadly missed by all who had the privilege to know him.

Remains arriving at the Cathedral of Assumption, Tuam on Friday, February 1st at 5.00 pm.  Reposing in the Cathedral until 10.00 pm., excluding the duration of the First Friday Mass at 7.30 pm.

Funeral Mass on Saturday, February 2nd at 12.00 noon in the Cathedral followed by burial afterwards in the grounds of Moore Church.

Details of the Funeral Mass

During the funeral Mass the first reading will be proclaimed by Michael Kirrane (Nephew).

The  2nd reading will be proclaimed by Niall Mahon (Nephew).

The Homily will be preached by Archbishop Michael Neary.

The gifts at the offertory will be brought to the altar by Mary Phelan (Long serving secretary and carer) and Bernadette Mahon (sister and carer).

The Tuam Cathedral Choir will sing during the funeral Mass.  Chairman of the choir is Mr. Eamonn Kitt, who will sing the psalm.  Organist and director is Ms. Emer Kelly.

Seminarians for the Archdiocese, Sean Flynn, Aidan Gallagher and Gerard Quirke will serve as acolytes at the Mass.

Parking on the Cathedral Terrace and St. Jarlath’s College and  Mercy Convent grounds.

Refreshments afterwards in St. Jarlath’s College, adjacent to the Cathedral.