Cardinal Antonio Canizares Llovera, Prefect of the Congregation for Divine Worship and the Discipline of the Sacraments, presided at the opening session of the meeting.  His Eminence expressed his gratitude to the members of the Committee for the assistance which they have given to the Congregation over the past twelve months and for their dedication to the project of reviewing the Irish language translation of the Missale Romanum.  The Prefect noted with satisfaction the progress which had been made and expressed the hope that a definitive approval of the proposed translation could be granted within the coming months.

Noting the religious and cultural significance for the Irish language of this translation of the Missale Romanum , the Cardinal indicated that he had caused a special commemorative medal to be struck, examples of which he presented to the members of the Committee.

Cardinal Canizares thanked the Irish bishops for their commitment to bringing the Irish Missal  project to completion and for the excellent example of ecclesial collaboration between the Congregation and the Irish Bishops embodied by the Sapienti Committee’s work.  His Eminence eagerly looked forward to seeing the new Irish language Missal duly printed and at the pastoral service of those who habitually use the language.

The fifth meeting of the committee continued its review of the proposed translation and commented on the Proprium de Sanctis from June to December as well as the Missae Defunctorum.  The general high standard of the translation was acknowledged.

The Committee also reviewed the general calendar for Ireland and received a report from Professor O Riain on the same.

Bishop Boyce of Raphoe presented a report on the translation of the introductory juridical material prefacing the Missale Romanum which was adopted by the Committee.

A further report on certain technical aspects of the integrated General and National Calendar for Ireland was presented and discussed.

The sixth meeting of the Committee will take place in Knock in September 2012.

On Wednesday, 9 May 2012, the Holy Father received the members of the Committee at the end of the General Audience. 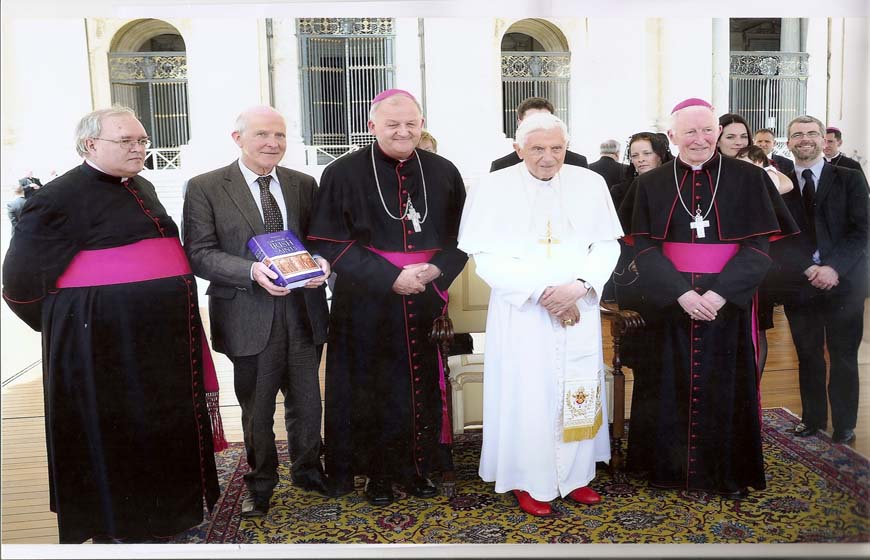