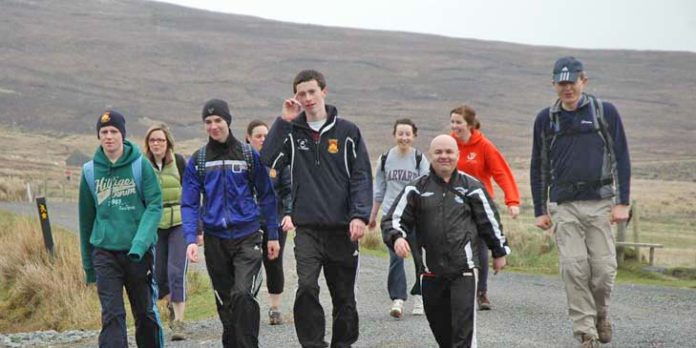 On Sunday, March 6th Archbishop Prendegast met and joined approximately 100 young people, many of them members of the Diocesan Youth Council who had just completed the second leg of Tochar Phadraig.  Many pilgrims then followed the Archbishop, along with Archbishop Neary to the Summit where Mass was celebrated for healing of people affected by abuse and for renewal in the Church.

In Gallery Number 5 you can view pictures from the previous day, Saturday, March 5th –  before and after the Celebration of Mass in Westport Church where Archbishop Prendergast met some of the clergy of the Parish and greeted the congregation after Mass.  The diocesan Youth Choir sung at Mass.   Archbishop Prendergast then went on to Hotel Westport where he met a gathering of 30 young people to listen to their views of Church.