Fr. Mullins is a native of Tuam.  He was ordained in 1972 for the Society of St. Patrick (Kiltegans).  He worked initially on the missions in Africa.  In 1976 he was incardinated into the Archdiocse of Tuam.  Fr. Paddy served in Killererin, Milltown, Headford, Clare Island, Letterfrack before being appointed Parish Priest of Bekan.

In congratulating Fr. Paddy, Archbishop Neary wised him well in his new ministry in Corofin Parish. 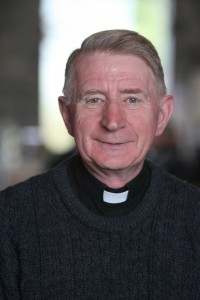