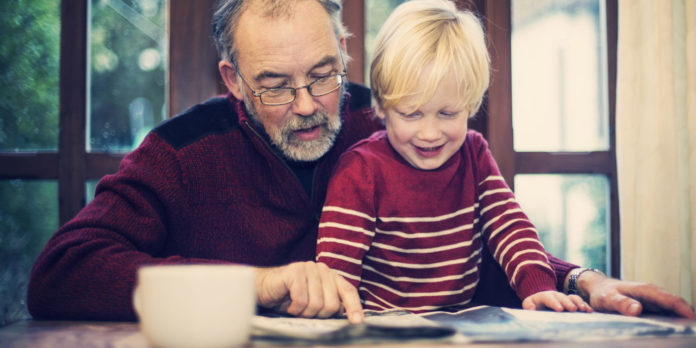 Bishop John McAreavey, Bishop of Dromore will lead the fourth National Grandparents’ Pilgrimage to Our Lady of Knock Shrine, Co Mayo, on Sunday 12 September next. More than 10,000 grandparents from across Ireland are expected to be present at this year’s pilgrimage.

A special feature on the pilgrimage is now available on the Catholic Bishops’ website – www.catholicbishops.ie. The feature includes:

A gallery of images from previous pilgrimages
The National Grandparents’ Pilgrimage was founded by Catherine Wiley, a grandmother from Co Mayo, who wanted to do something to support and affirm grandparents and the important role that they play in families, the Church and society. Archbishop Michael Neary, Archbishop of Tuam, is Patron.

A new association for Grandparents was launched as part of the 2009 Pilgrimage. The Catholic Grandparents’ Association (CGA) has been established to support grandparents and to affirm them in the important mission of handing on the faith to the next generation. The CGA was formally blessed by Pope Benedict XVI earlier this month. The blessing was received by Catherine Wiley, founder of the CGA. The text of Pope Benedict’s blessing reads as follows:

“Our Holy Father Pope Benedict XVI invokes God’s Blessings of Joy and Peace upon you and all of the Association.
“Make them [grandparents] teachers of wisdom and courage, that they may pass on to future generations the fruits of their mature human and spiritual experience.”

This year’s National Grandparents Pilgrimage will take place in Knock Shrine, Co. Mayo, on Sunday, September 12th, at 3pm, preceded by Anointing of the Sick at 2.30pm.

Bishop John McAreavey will be Principal Celebrant and he will preach the homily. Breda O’Brien, teacher and Irish Times columnist will also offer a reflection at this year’s pilgrimage.

The music will be led by Michael English, Dana and Tyrone girl Chloe Coyle.

The Catholic Grandparents Association was born out of the National Grandparents Pilgrimage, which was first held in Knock Shrine in 2007. Over 5,000 people attended the first pilgrimage. Since then up to 10,000 grandparents and their families have been coming to the pilgrimage.

A National Prayer appeal has also been launched in the run up to the pilgrimage. Grandchildren across the country are invited to write prayers for and about their grandparents. These will be blessed at this year’s pilgrimage.
See www.catholicbishops.ie for further information.