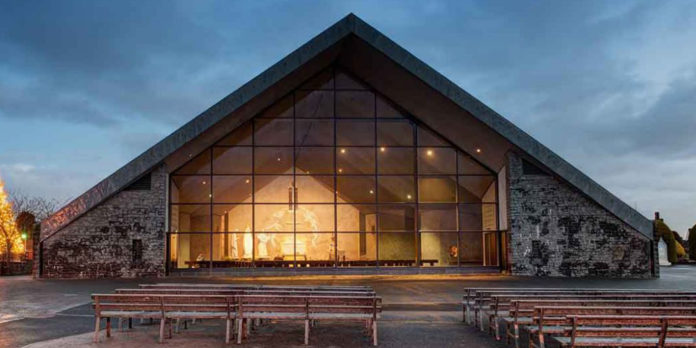 Statement by Archbishop Michael Neary
on the Shrine of Knock

The Meaning of Knock

Knock is a much loved place of pilgrimage and prayer. Ever since the apparition in 1879, believers from home and abroad have made the pilgrimage there in increasing numbers. The most renowned of all pilgrims to the Shrine of Our Lady of Knock was his Holiness, Pope John Paul II, who came for the centenary of the shrine in 1979, thus reaching ‘the goal of his journey to Ireland’ where he was able to ‘make yet another pilgrimage to the Shrine of the Mother of Christ, the Mother of the Church, the Queen of Peace.’ (Homily at Mass in Knock, 30 September 1979).

The great gift of Knock consists in a particular way in prayer and the celebration of the sacraments, in penance and the conversion of life. ‘All those who have come to Knock have received blessings through the intercession of Mary…The sick and suffering, people handicapped in body and in mind, troubled in their faith or their conscience, all have been healed, comforted and confirmed in their faith because they trusted that the Mother of God would lead them to her Son Jesus’ (Pope John Paul II). It is this trust in the Mother of God, this turning to her divine Son borne out in the practical care of the sick, and in the celebration of the sacraments of reconciliation, anointing and Eucharist that lie at the core of the Knock pilgrimage.

For one hundred and thirty years now the pilgrims to Knock have been pilgrims in faith. They ‘walk by faith and not by sight’ to quote the words of St Paul (II Cor 5:7). This is their great blessing, the blessing in fact that Jesus mentions to the doubting Thomas: they have not seen and still they believe (Jn 20:29).

The Authentic Identity of the Shrine

Such faith makes Knock pilgrims firm in hope and active in love for the sick and suffering. They do not expect visions or seek further apparitions. God has manifested Himself in Jesus Christ and His people have responded ever since. It is not healthy, does not give glory to God and certainly is not good witness to the faith to be looking for extraordinary phenomena.

The apparition of 1879 was neither sought nor expected by the humble, honest people who were its astonished witnesses. Their faith reveals the patience and humility that characterises true belief. The Shrine of Knock is living witness to that faith.

Unfortunately, recent events at the Shrine obscure this essential message. They risk misleading God’s people and undermining faith. For this reason such events are to be regretted rather than encouraged.

The Shrine of Knock will be best served by retaining its authentic identity.

Archbishop Michael Neary is the Archbishop of Tuam. Knock is part of the Archdiocese.
The Story of Knock <http://www.knock-shrine.ie/history> began on the 21 August 1879 when Our Lady, St Joseph and St John the Evangelist appeared at the south gable of Knock Parish Church. This miraculous apparition was witnessed by fifteen people <http://www.knock-shrine.ie/witnesses-accounts> , young and old. Knock is an internationally recognised Marian Shrine.