In preparation for the Diocesan Assembly to be held next November, a Junior Assembly was held in Knock on Thursday, April 27th.

In order to encourage young people to be involved in the Diocesan Assembly the Archbishop had written a letter to all 5000 senior cycle students in the diocese. That letter together with class plans was distributed through the schools and all schools had been invited to send 2/3 representatives to the day.

On Thursday morning last 120 boys and girls, aged between 15-18 gathered in Knock for the day. Nearly all secondary schools in the diocese were represented, from Carna to Claremorris, from Athenry to Achill.

We began at 10 with coffee and muffins. As the students gathered they huddled quietly and even suspiciously in their small school groups nervously wondering what they had let themselves in for. On the other hand, the organizers, last minute nerves beginning to take hold wondered what had possessed them to organize the day. 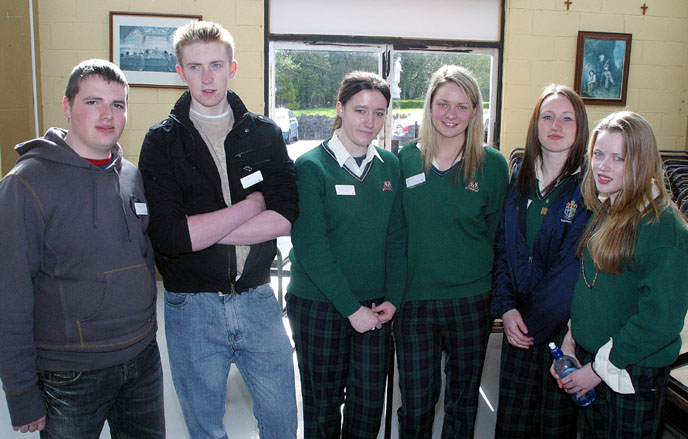 At 10.30 the students took their places in a large semi–circle and were briefly welcomed by the Archbishop. We had begun.

The last remnants of awkward silence were shattered with Samba Drums! Students from Tuam and Claremorris had come together during the week to practice and they now put on a 15 minute presentation which got feet tapping, hands clapping and most importantly faces smiling. There followed a series of ice-breakers which saw the young people mixing and chatting and laughing. The silence had been shattered and the ice was beginning to break. In the space of an hour strangers were becoming friends, confidence was growing and from the many different school groups we were beginning to form one group. 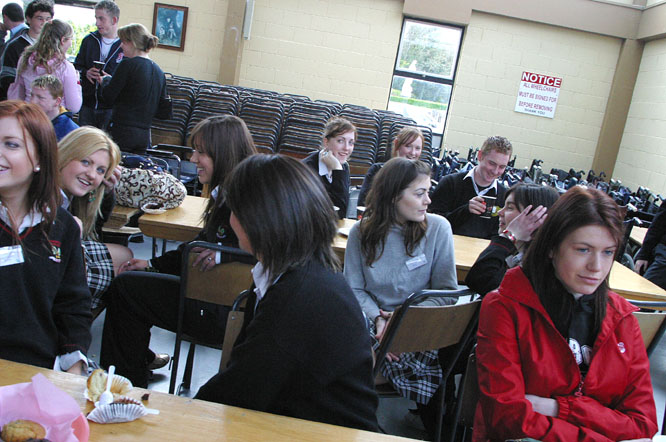 By 11.45 we were ready to pray together. The repetition of a Taize chant – Oh Lord hear our prayer, Oh Lord hear our prayer – created a reflective atmosphere. A version of the Emmaus story was read and that was followed by an moving PowerPoint presentation based on Coldplay’s song ‘Fix You’. Our closing prayer was followed by U2’s ‘You can’t make it on your own.’ Our time of prayer finished with a spontaneous round of applause!  Could these be the young people who had no interest in Church, or in God or in Prayer? 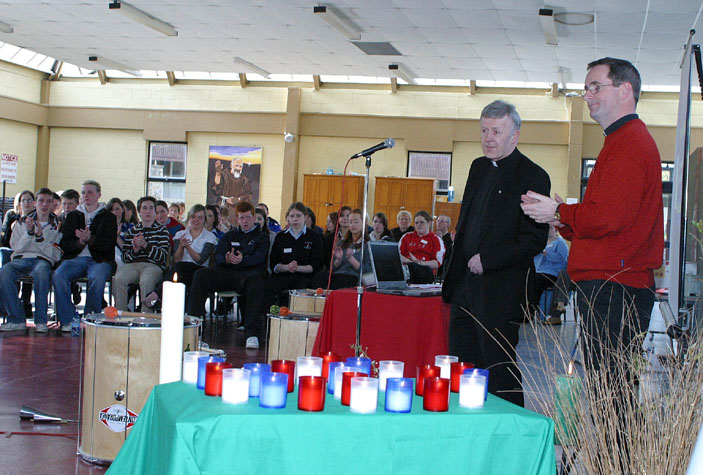 After our prayer time we began the real work of the day. A brief input set up the question ‘What is Jesus’ dream for the church?’ We split the big group up and asked them to suggest what purpose the Church has in our world. The answers were enlightening… and challenging; to build community, to help people find God in their lives, to explain about God to people, to celebrate God’s presence in our world, to teach people to pray, to help people find happiness and fulfillment, to care for those who nobody else will care for! 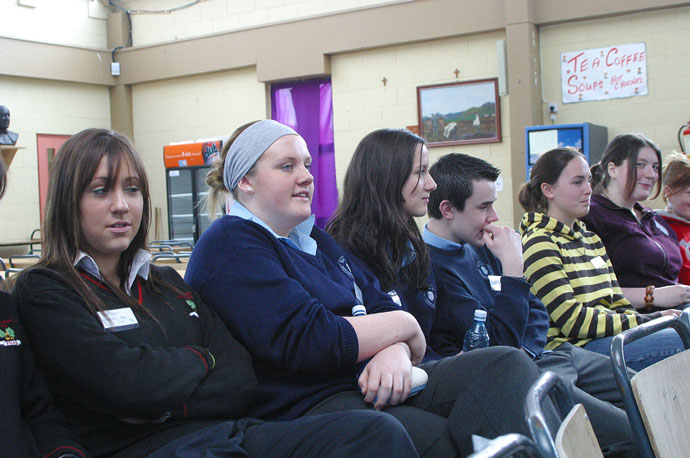 One could attend many a theology course and never get it so right.

By 1pm we broke for lunch – chicken curry or Lasangne, followed by a kit-kat. The worker deserves his wages. The food was great but most memorable about lunch was that no one complained, nobody wandered off, and without been asked the young people helped to clean up! Something special was indeed happening!! 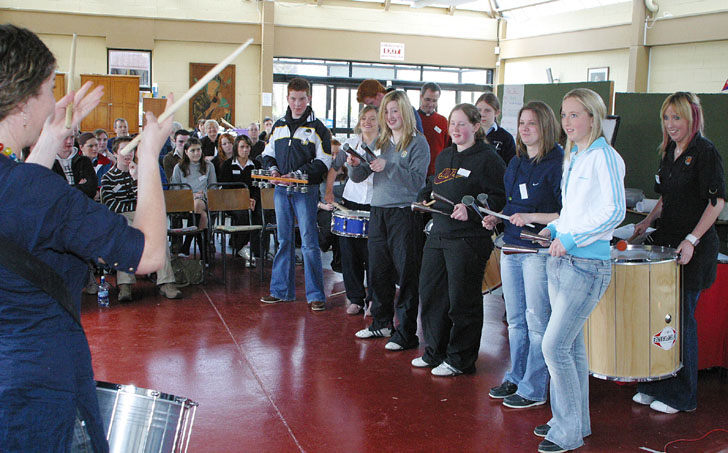 The evening saw the process develop. Two more questions were asked. What can your parish do for young people so that Jesus’ dream for the Church might be realized and what can young person do to contribute to the life of their parish? Again the young people were challenging. They suggested Specific youth Masses, they wanted music in Church, they wanted relevant understandable sermons, the wanted church related social activities, they wanted to be helped to pray, they wanted to feel part of their church, they wanted their voice to be heard, they wanted to be of service to those who needed it. And what could they do for their parish – all of the above! Make it relevant, allow them to enjoy and ask them. There was enthusiasm, there was passion, and there was faith.

We asked for volunteers who would be willing to bring all of this forward to the Assembly – we had to limit our numbers to 30!

For our closing Mass we were joined by a school choir from Headford and by a group from Castlebar who performed a liturgical dance after communion. At mass the students sang and clapped, they swayed and they prayed. In place of a sermon each student placed a lighted candle on a on a specially prepared screen. The 160 candles formed in big 4 ft high letters the word Hope. And that’s what our young people are – the hope of our Church and that’s how Thursday left all involved feeling: full of hope.

Sure there is disinterest among young people, sure there is apathy. Yes our Church seems and often is irrelevant for them. But there is a huge amount of good will and there is a hunger and a need witing to be satisfied.

On Thursday our Young people challenged all of us! Surely we owe it to them to take up the Challenge!!