Well known Mid West Radio presenter and commentator, Gerry Glennon, launched the latest edition of New Dawn-the magazine of the archdiocese of Tuam- in Knock House Hotel on Thursday last. The 44 page magazine contains a six page feature on the parish of Knock and its shrine.

Referring to the scandals and “dark days” of the church in Ireland during the past half century, Gerry said despite the many issues there is good news as “ordinary everyday people live out ordinary everyday lives as witnesses to the message of Jesus.”

“And that is where New Dawn comes into its own in this vast diocese of ours with its richness of diversity and culture,” he said.

“New Dawn through the stories and news it brings us about the remarkable work being carried out by people of God emphasises once more that all is not lost”.

This 9th edition of the magazine carries a series of news snippets about the work of the people of the Church in the diocese and, as well as the main feature on Knock contains a number of articles of interest and curiosity.

How do you tell when a stick is crooked? That’s the rather curious question posed by Fr Colm Kilcoyne in a thought provoking article that raises the issue of language “the religious language, the preachy tone, the talking-down attitude” in religious debates. He thinks there is something to be learned by the simple expedient of using everyday words to say where people stand on God. He also provides the answer to the question of the crooked stick!

The magazine also has a feature on the recent ordination of Sean Flynn in Castlebar and introduces the new Diocesan Youth Director, Siobhan Bradley, who sets out her approach to her new role in succession to Trish O’Brien.
The role of lay people, the Apostolic Work Society, the pilgrimages, jubilee celebrations, Indian adventures, John Paul 11 Awards, missionary work, wheelchair hurling, Mens Sheds and book reviews are also highlighted in the magazine.

Fr Micheál MacGréil’s long association and enthusiasm for the development of the Máméan pilgrimage is presented in song and story by An tAth Pádraig Staundún in a fitting tribute to a remarkable Jesuit.

New Dawn goes on sale in churches in the archdiocese this weekend and costs €4. 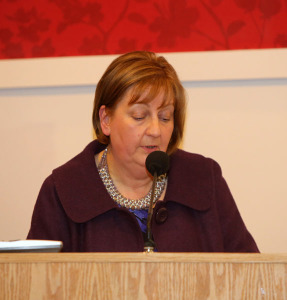 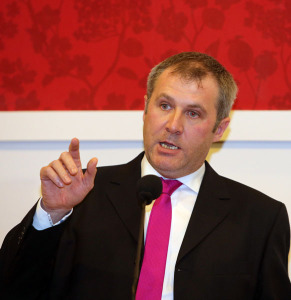 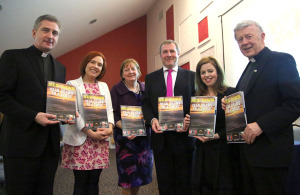 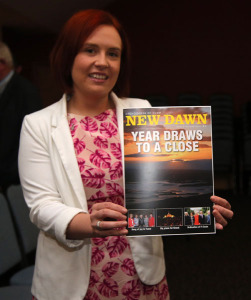 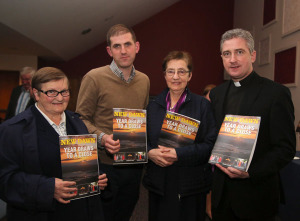